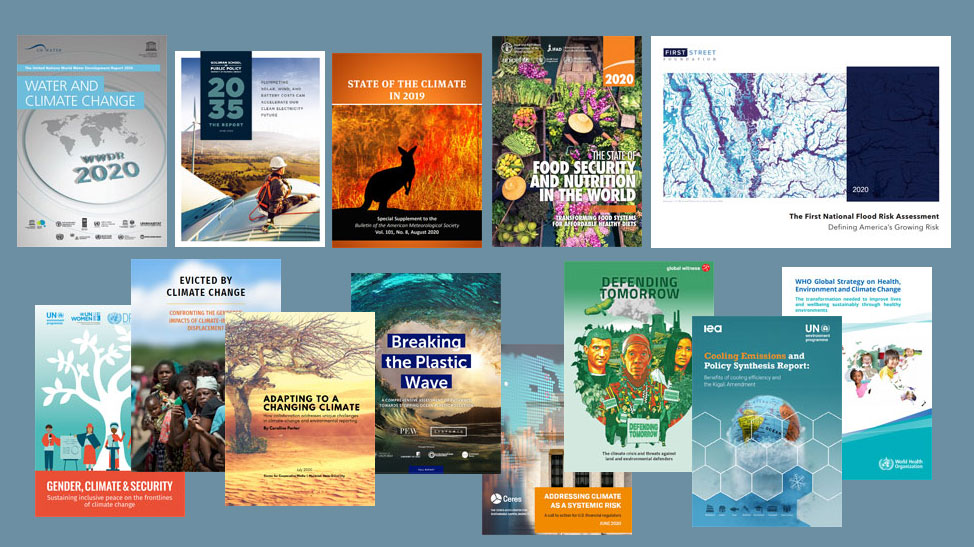 If measured by the number of reports put out in just the first half of this year, the coronavirus has not slowed the work of the international, national, and non-governmental organizations keeping an eye on climate change.

And that’s a good thing. Because although it has temporarily reduced the amount of greenhouse gases entering the atmosphere, the coronavirus crisis has done nothing to slow the climatic effects of the carbon dioxide already there after decades of fossil fuel combustion. The planet is still warming, the oceans are still acidifying, and more and more humans are experiencing the consequences.

In this edition of our bookshelf feature, Yale Climate Connections highlights a baker’s dozen of these reports, selected to reflect the broad range of concerns that intersect with climate change, including water, national security, media, health, food, finance, energy, and climate and environmental justice.

Reading a book
12 books to help you get through the coronavirus pandemic
Readers can also find a link to a much longer list of reports, which provides a measure of depth rather than breadth. Food security, for example, is the subject of six separate reports released since the start of the year, but only one is included in this month’s baker’s dozen.