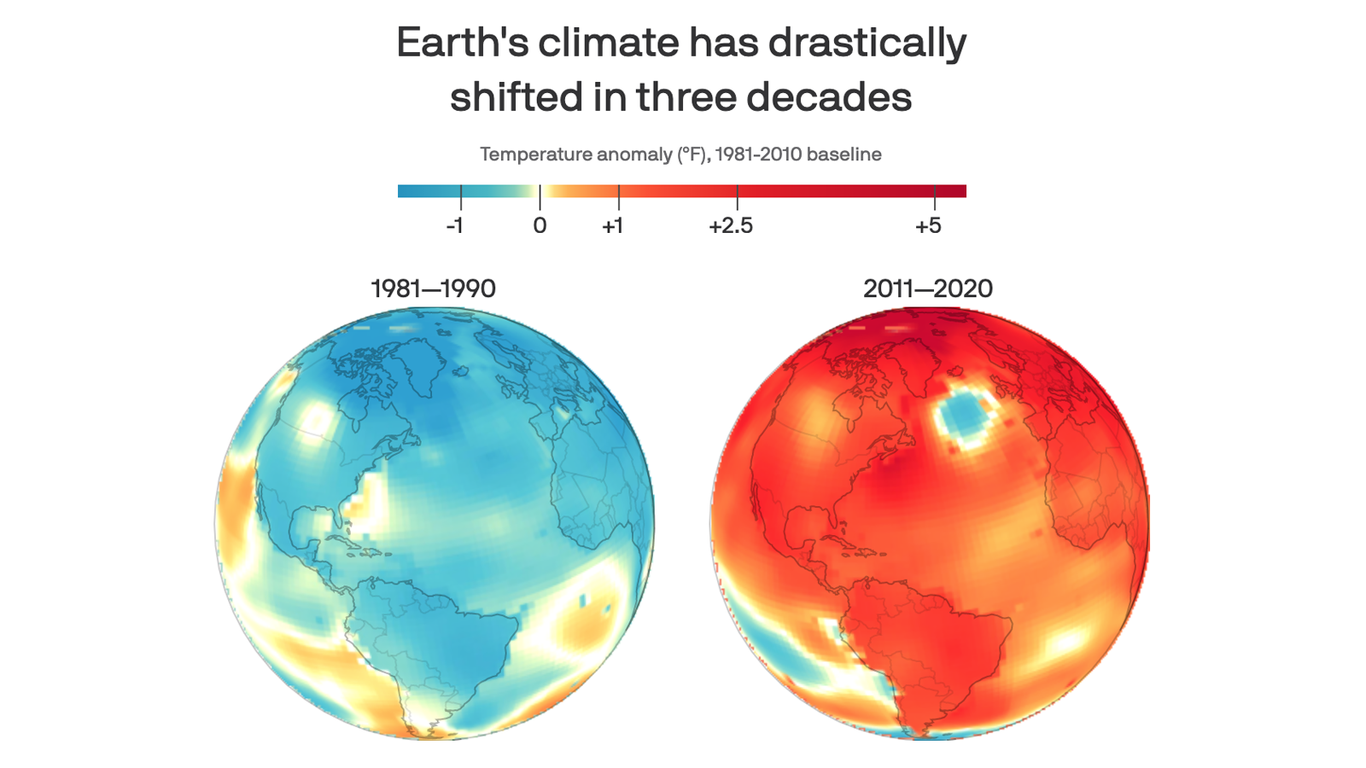 The climate change the planet has seen so far, now that the world has warmed by about 1.2°C (2.16°F) since the preindustrial era, is already resulting in unprecedented and destructive events worldwide.

Why it matters: In the past few decades alone, climate change has shifted from a far-off problem disconnected from our day-to-day lives to a crisis to be grappled with here and now.

- From the dried-out landscape of the Southwest to the rapidly warming Arctic, the shifts we've already seen have resulted in what some researchers call "weather weirding," as deadly and damaging weather events supercharged by global warming strike with increasing regularity.

The details: A look at just the past few years shows a climate that's already separated from the conditions that existed when millennials were born starting in the 1980s.

- The last colder-than-average month globally, compared to the 20th century average, was February 1985. Each of the past three decades has been hotter than the one before it.

- The oceans, which absorb most of the extra heat trapped by greenhouse gases, are warming so rapidly that the National Oceanic and Atmospheric Administration's chart of ocean heat content has had to be continually adjusted upwards to accommodate the new readings.

Extreme events: Climate change has manifested itself in the form of extreme weather and climate events that have cost lives and property.

During 2020, California saw its worst wildfire season on record, with massive fires also occurring in other Western states as well as Siberia and Australia, among other areas.

Due to human-caused global warming, heat waves are becoming more severe and longer-lasting across large portions of the globe, from the American Southwest to the Middle East.