Back to Articles | « Previous | Next »
Home » Alpine glacier turning pink due to algae that accelerates climate change, scientists say 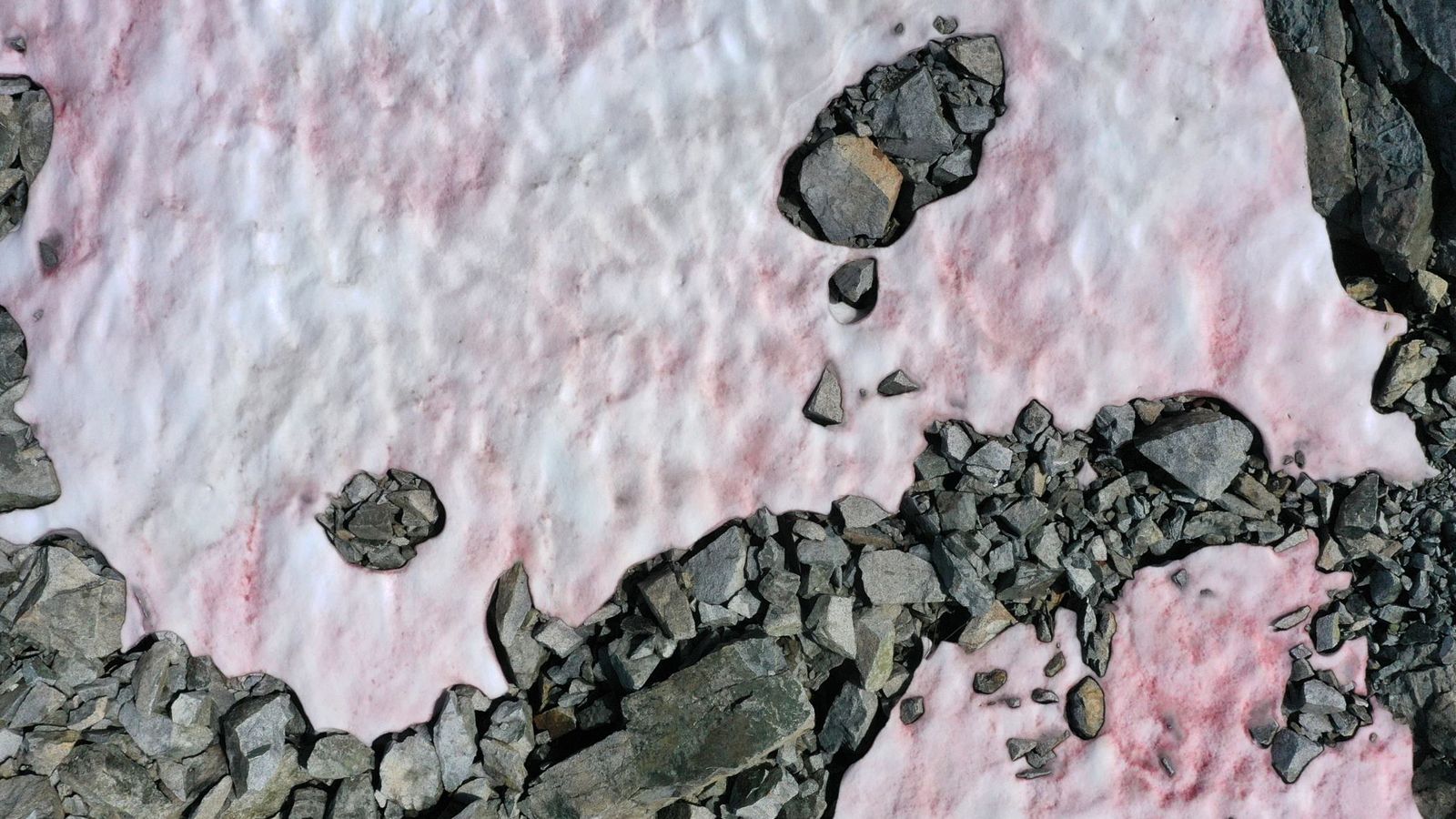 Ancylonema nordenskioeldii, which is more commonly found in Greenland, absorbs the heat and causes the ice to melt more quickly.

An Alpine glacier is turning pink in colour because of an algae that accelerates the effects of climate change, scientists have said.

An investigation has been launched after pink ice appeared on parts of the Presena glacier in the Italian Alps.

Biagio di Mauro, a scientist at Italy's National Research Council, told The Guardian the colour is caused by a plant, which is more commonly found in Greenland's so-called Dark Zone, where the ice is also melting.

When Ancylonema nordenskioeldii appear in ice, it absorbs the heat and melts more quickly.

As the ice fades away, more algae appear, giving them vital water and air and adding red hues to the white ice.

Mr Di Mauro said: "Everything that darkens the snow causes it to melt because it accelerates the absorption of radiation.

"We are trying to quantify the effect of other phenomena besides the human one on the overheating of the Earth."

Mr Di Mauro - who has also studied the algae at the Morteratsch glacier in Switzerland - said hikers and ski lifts could also have an impact on the plant.