Back to Articles | « Previous | Next »
Home » Beirut, Hong Kong, Climate Change: Here’s what you need to know. 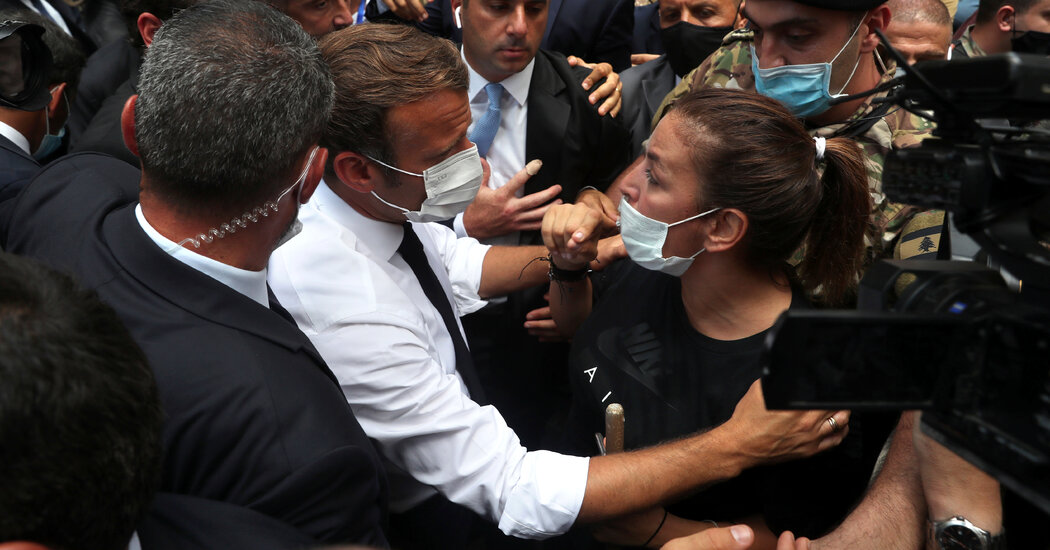 We’re covering growing anger at Lebanon’s government after the Beirut explosion, a surge in virus cases in France and Germany and the pain inflicted by extreme heat from climate change.

International rescue teams arrived in Beirut on Thursday, as the nation entered a period of official mourning over the huge explosion that has brought the Lebanese capital to its knees.

Public anger is growing over evidence that government negligence allowed more than 2,000 tons of highly explosive ammonium nitrate seized from a ship to be stored in the port for years. The port, a crucial economic hub, has been destroyed, and with it, the nation’s grain supply, raising concerns about food security in a country of 6.8 million people.

President Emmanuel Macron of France, but no major Lebanese politicians, visited the area. In the Gemmayzeh neighborhood, which was especially hard hit, he was surrounded by a crowd that denounced the government.

There were calls for protests, and volunteers cleaning up the streets chanted, “The people demand the fall of the regime.” The death toll rose to 137, with more than 5,000 injured and 250,000 displaced.
Quotable: “The Lebanese are in the streets, showing great solidarity, and the authorities are just absent,” said Rima Tarabay, a Beirut resident. “It’s impressive on the one hand, desolating on the other.”

Caught on video: Israa Seblani was posing for her wedding video when the camera captured the instant a deadly blast tore through the city.