Back to Articles | « Previous | Next »
Home » Biden warns climate change is ‘greatest threat’ to US security: ‘This is not a joke’

Biden warns climate change is ‘greatest threat’ to US security: ‘This is not a joke’ 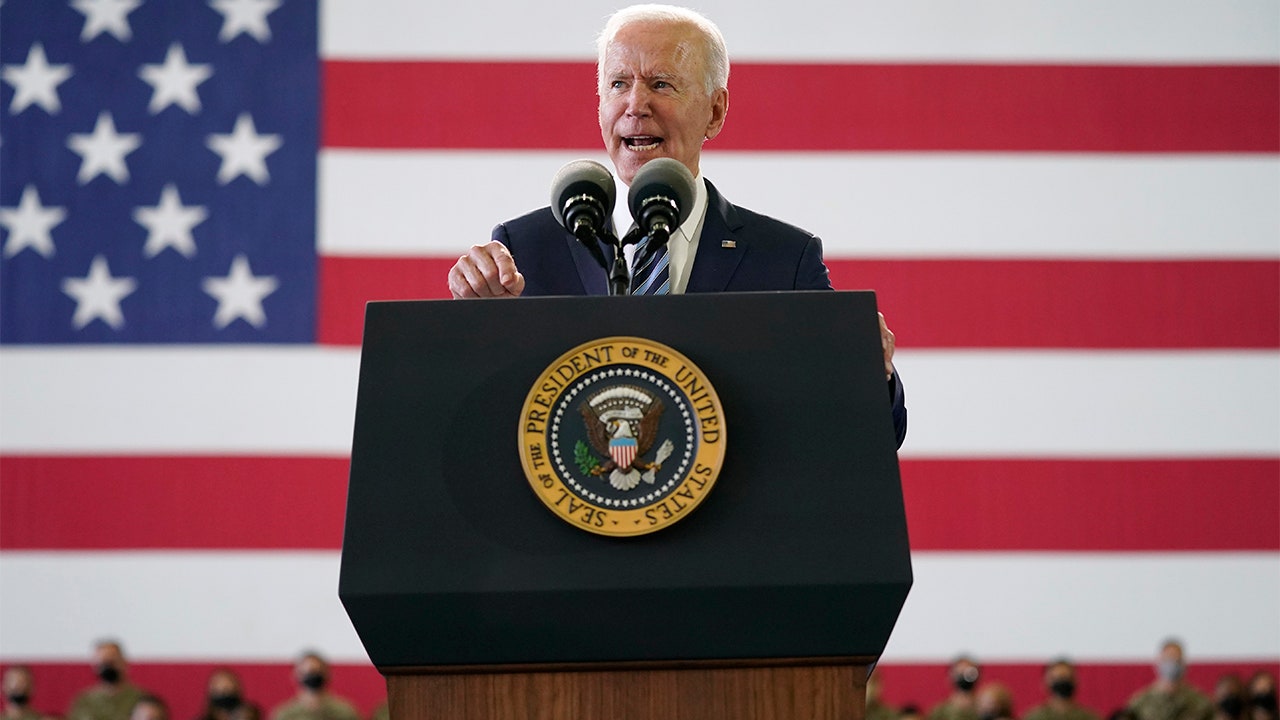 Biden warns climate change is 'greatest threat' to US security: 'This is not a joke'

"There will be significant population movements, fights over land, millions of people leaving places because they’re literally sinking below the sea in Indonesia, because of the fights over what is arable land anymore," he added.

Biden issued the warning during a speech to Air Force personnel stationed in the United Kingdom. The president will participate in meetings with G-7 and NATO leaders this month during his first overseas trip since entering the White House.

He made the declaration amid pressure from Republican lawmakers regarding his policy toward Russia in the wake of ransomware attacks that targeted key U.S. infrastructure, including his administration’s decision to waive sanctions on the Russia-backed Nord Stream 2 pipeline.

The president said he would speak to key European allies about a unified approach to combating climate change, which he has identified as a priority for his administration.

"We must all commit to an ambitious climate action if we’re going to prevent the worst impacts of climate change, limiting global warming to no more than 1.5 degrees Celsius and lead the global transition in clean energy technology," Biden said.