Back to Articles | « Previous | Next »
Home » Climate change: A small green rock’s warning about our future

Climate change: A small green rock’s warning about our future 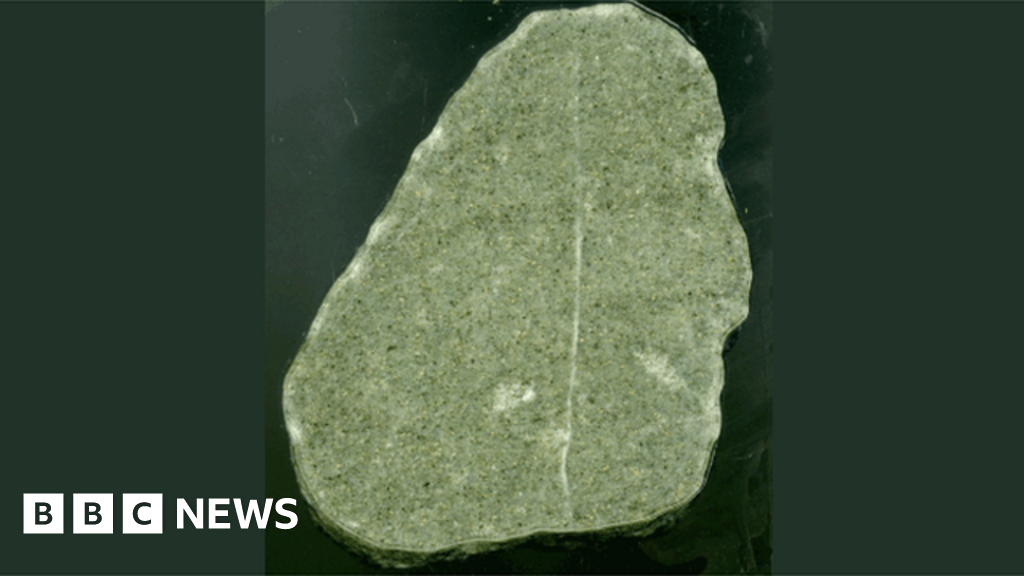 Climate change: A small green rock's warning about our future

It's an unassuming rock, greenish in colour, and just over 4cm in its longest dimension. And yet this little piece of sandstone holds important clues to all our futures.

It was recovered from muds in the deep ocean, far off the coast of modern-day West Antarctica.

The scientists who found it say it shouldn't really have been there.
It's what's called a dropstone, a piece of ice-rafted debris. It was scraped off the White Continent by a glacier.

After being bundled off Antarctica by flowing ice, it was exported and discarded offshore by an iceberg.

What's remarkable about this particular cobble is that researchers can say where it originated.

Using the latest "geo-fingerprinting" techniques, they've established with strong confidence that it comes from the Ellsworth Mountains - some 1,300km from where the rock was pulled up from the floor of the Amundsen Sea by a drilling ship.

The conundrum is that the Ellsworths - the tallest range in Antarctica - are in the far-interior of the continent and it's highly unlikely a rock like this could survive being ferried so far under an ice sheet to get to the coast to be despatched in an iceberg.

"In our view of observations of that material, it would not withstand a great deal of transport, with deposition and then re-transport over multiple steps of a cycle. And, furthermore, it probably would not hold up well to a great deal of interaction between the ice sheet and the bedrock. It would be destroyed and disaggregated," Christine Siddoway, professor of geology at Colorado College, US, told BBC News.