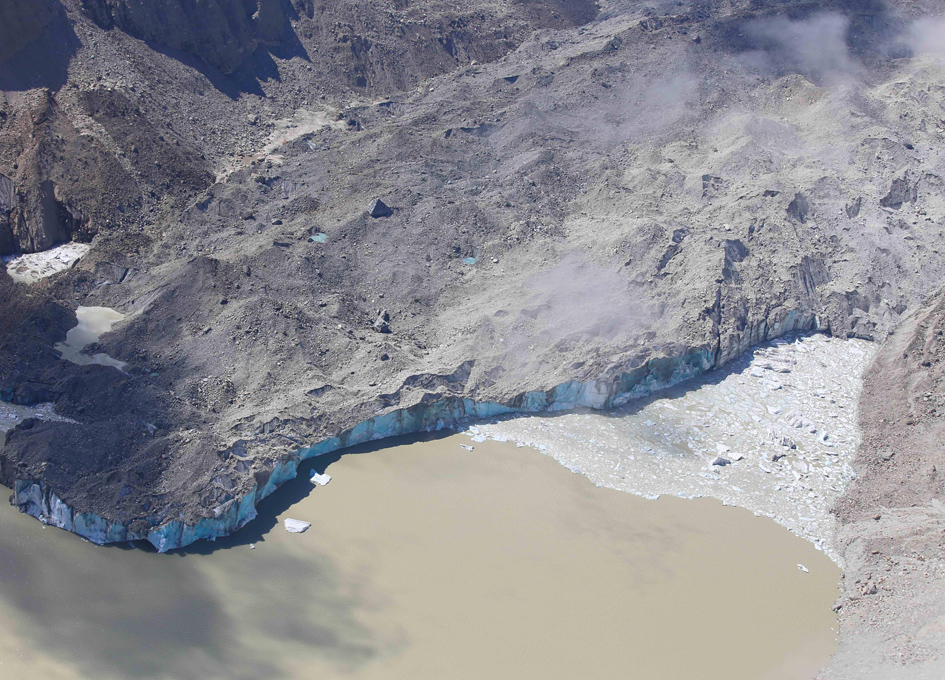 Climate change is causing mountain snow to melt more rapidly and glaciers to shrink, but this is making a widely varied impact on water supplies in Asia, a new paper by PSI Senior Scientist Jeffrey Kargel says.

These effects are altering the water supplies of more than 1 billion people who depend on rivers that have their headwaters in the Himalayan and Karakoram mountain ranges, according to the new paper "Glacio-hydrology of the Himalaya-Karakoram" that appears today in Science on which Kargel is a co-author. Mohd. Farooq Azam of the Indian Institute of Technology Indore is lead author.

"The new work is the most thorough review ever of the region's glacier-fed rivers. Our research team gathered the results of nearly 250 scholarly papers to arrive at a more accurate understanding -- something approaching a consensus -- of the links between climatic warming, precipitation change, glacier shrinkage, and river flow," Kargel said.

"More than 1 billion people derive some of their water from melting glaciers in the Himalaya and Karakoram mountains, and so the population will be affected when much of the glacier ice mass melts throughout this century and gradually stops supplying an important amount of water. Region-wide, the total impact on each year's water supplies varies," Azam said. "Glacier meltwater, and therefore climate change impacts on glaciers, are crucial in the Indus basin. The Ganges and Brahmaputra basins are more dominated by monsoonal rains, so the really big climate change story there is how it affects the monsoons."

"Himalayan and Karakoram mountain glaciers are the main story with part of the region's annual water supplies, particularly that in very high elevation mountain valleys and villages near the glaciers.