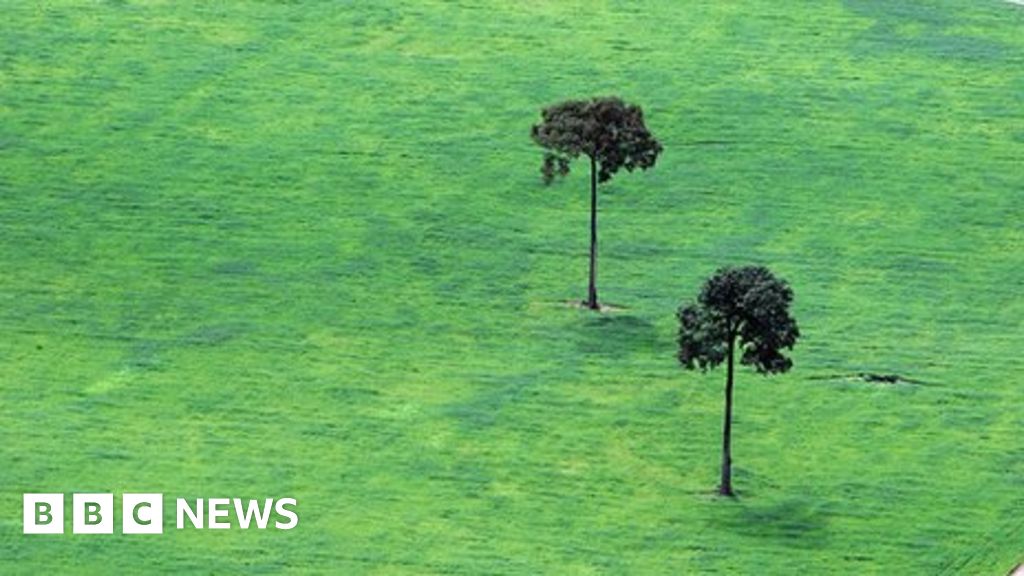 Rising imports in wealthy countries of coffee, cocoa and other products are a "growing threat" to forests in tropical regions according to a new study.

Research shows consumer behaviour in the UK and other rich nations is responsible for the loss of almost 4 trees per person per year.

Increasing numbers of trees are now being planted in the developed world, the authors say.

But imports of products linked to deforestation undermine these efforts.

This growing international trade is doing more harm than good for climate and for biodiversity say the researchers.

Among the world's forests, trees growing in tropical areas are said to be the most valuable in protecting species and limiting global heating.

Tropical forests are home to between 50-90% of all terrestrial plants and animals.

They are also critical for the climate, soaking up and storing vast amounts of carbon dioxide.

But in the Amazon, central Africa, Indonesia and parts of Asia, growing numbers of trees have been cut down in recent decades so farmers can grow commodity crops like soybeans, and graze cattle for beef.

This new study looks at the global deforestation picture over the years between 2001 and 2015.

Using high-resolution forest maps and a global supply chain model, the researchers were able to compile a comprehensive and highly detailed account of how deforestation is being driven by consumer behaviour, especially in richer countries.

So while countries like the UK, Germany, China and India have all planted more trees at home in recent years, all are linked to rising deforestation outside their borders, particularly in tropical forests.