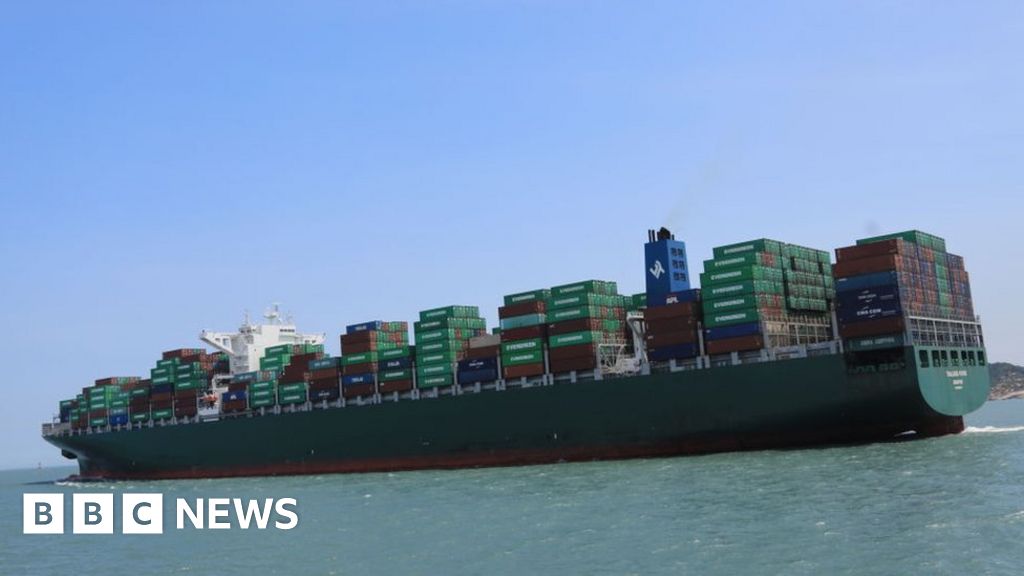 Groups that represent more than 90% of the global fleet say the measure is needed to tackle climate change.

"A global solution is the only one that's going to work", Guy Platten, secretary-general of the International Chamber of Shipping told the BBC.

The tax would incentivise ship owners to invest in new technology, he said.

The shipping sector is one of the big carbon emitters, and is responsible for more than 2% of global emissions. If the industry was a country it would be the sixth biggest polluter, above Germany.

While shipping was not directly included in the Paris climate change agreement the sector has been making efforts to clean up its act.

A recognition of this need to change led the UN agency that regulates shipping, the International Maritime Organisation (IMO), to target cuts in greenhouse gas emissions by 2050.
However, this plan was criticised by environment groups which said the plan will see emissions from ships grow for several decades.

There have been other efforts, including the development of a $5bn fund to develop carbon free shipping technology.
But now the industry wants all governments to impose "a price on carbon" to give ship owners a commercial imperative to change, says Mr Platten.

A worldwide carbon pricing scheme would need to be negotiated through the IMO. A group led by the ICS has asked the agency for discussions to start "as soon as possible and before 2023, with a view to taking some decisions".

As well as the ICS, the call has backing from the shipowner's organisation Bimco, Cruise Lines International Association and the World Shipping Council.

The timeline is a recognition that this will be a complex process that is likely to take at least two years to enact.