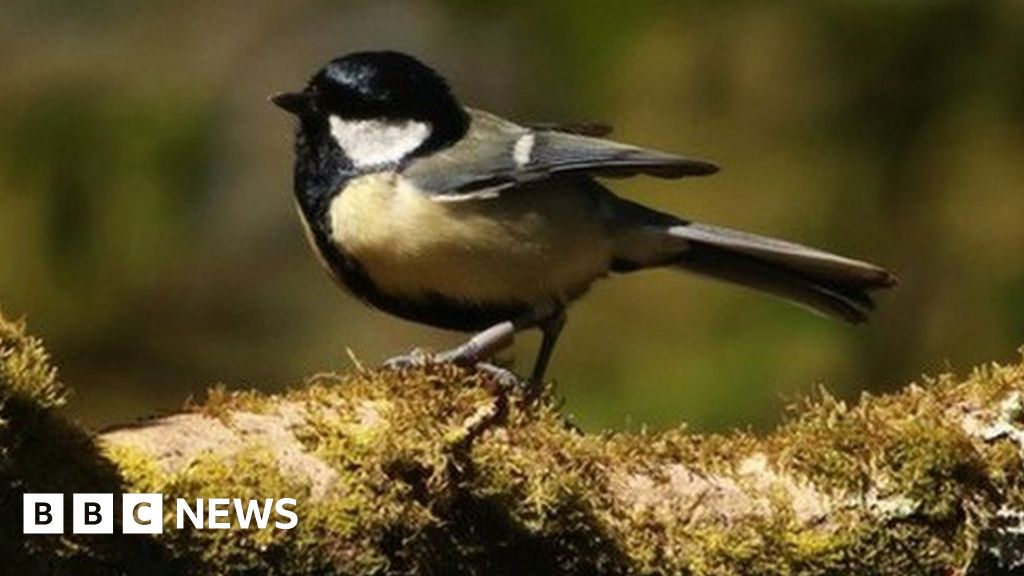 "In some parts of this wood, egg-laying has shifted by three weeks," explains Dr Ella Cole of Oxford University.

The softly-spoken, seasoned ornithologist is showing me around a very special field site - Wytham Woods in Oxfordshire; one of the most studied woodlands in the world.

This year is the 75th anniversary of a study that has tracked 40 generations of great tits in the wood.

It is one of the longest-running animal-tracking studies in the world.

It is precisely because this is a decades-long study that has followed every nestling - marking and counting the birds, recording the exact date that females lay their eggs and the date those eggs hatch - that the data has revealed this trend in the timing of critical seasonal behaviour.

"The tits here are actually managing to track the other members of their food chain," explains Dr Cole. "So, that's the peak in the number of the caterpillars they feed on and in the timing of the oak trees [that the caterpillars] feed on.

"The whole sort of food chain has shifted earlier in the spring."

A 75-year study in numbers:

- 10,000 - the number of caterpillars that adults feed to an average clutch of great tit nestlings in the two weeks between hatching and fledging

- 350 - the number of scientific papers produced from the Wytham great tit project.

The site was bequeathed to the University of Oxford by a local family in 1942, specifically for the pursuit of science.

Researchers have certainly lived up to the condition of that bequest. In an area of about 800 acres, there are now about 1,200 specially-built nest boxes, some of which have been there, repeatedly occupied by great tits and blue tits, since the project began in 1947.

The 75-year woodland study has measured a marked seasonal shift in the timing of egg-laying in spring.