Back to Articles | « Previous | Next »
Home » Economic Giants Are Restarting. Here’s What It Means for Climate Change.

Economic Giants Are Restarting. Here’s What It Means for Climate Change. 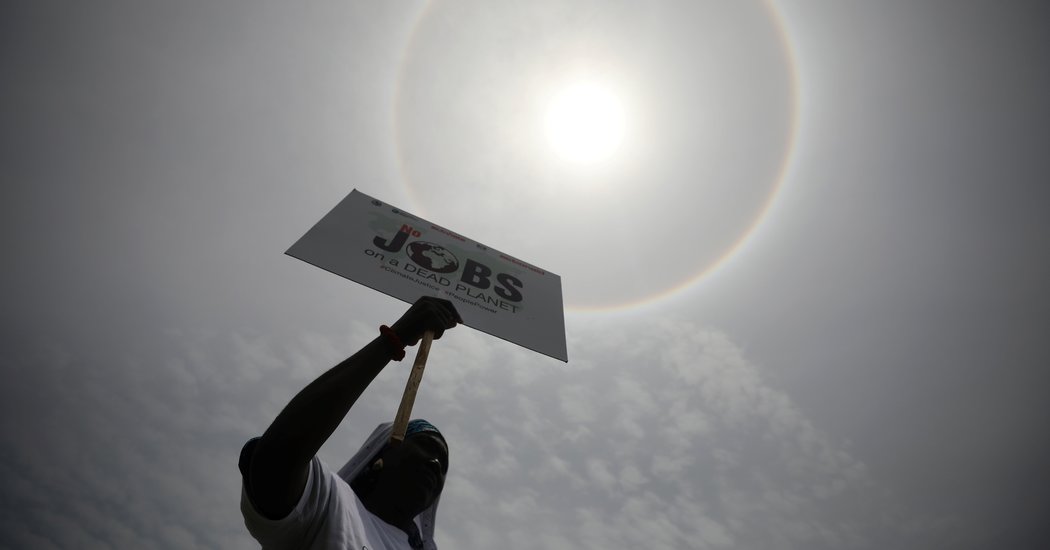 Economic Giants Are Restarting. Here’s What It Means for Climate Change.

Want to know whether the world can avert catastrophe? Watch the recovery plans coming out now in Europe, China and the United States.

As countries begin rolling out plans to restart their economies after the brutal shock inflicted by the coronavirus pandemic, the three biggest producers of planet-warming gases — the European Union, the United States and China — are writing scripts that push humanity in very different directions.

Europe this week laid out a vision of a green future, with a proposed recovery package worth more than $800 billion that would transition away from fossil fuels and put people to work making old buildings energy-efficient.

In the United States, the White House is steadily slashing environmental protections and Republicans are using the Green New Deal as a political cudgel against their opponents.

China has given a green light to build new coal plants but it also declined to set specific economic growth targets for this year, a move that came as a relief to environmentalists because it reduces the pressure to turn up the country’s industrial machine quickly.
What course these giant economies set is crucial if the world is to have a fighting chance to head off the blistering heat, droughts and wildfires that are the hallmarks of a fast-warming planet.