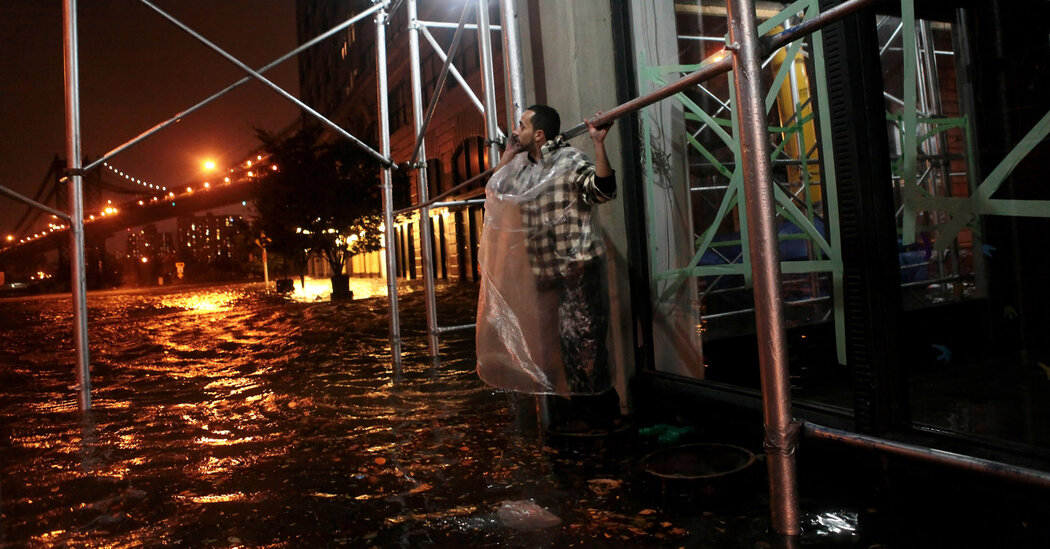 Under a bill passed by the City Council, the mayor is required to create a plan to deal with the wide-ranging threats of climate change, from flooding to extreme heat.

After Hurricane Sandy battered New York nearly a decade ago, city leaders made bold promises that they would remake the city to survive higher temperatures and rising seas.

On Thursday, the City Council, pushed into action by the devastation of Hurricane Ida, moved to step up pressure on city government to honor those promises, approving legislation that requires City Hall to make a comprehensive plan to protect every city neighborhood from the threats of climate change.

Under the bill, the mayor must create the plan to deal with wide-ranging dangers — rising seas, extreme heat and floods from hurricanes and downpours — and a list of solutions that ensures that all agencies work together on the problem.

The legislation also seeks to remedy years of concerns that slow-moving plans to protect Lower Manhattan’s Financial District have eclipsed equally urgent needs in working-class neighborhoods, like those in Queens and Brooklyn where people died in last month’s flash floods caused by remnants of Hurricane Ida. It requires the plan, aimed at protecting the city’s residents and 520 miles of coastline, to assess the needs of each area and to find ways to first address the most vulnerable neighborhoods.