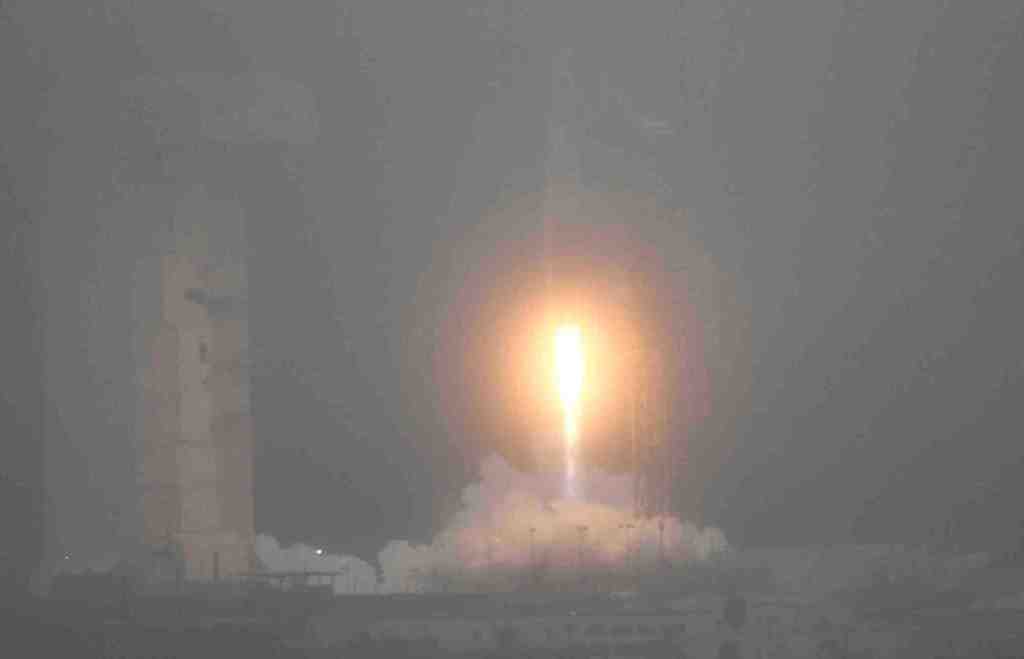 LOS ANGELES — The latest in a series of U.S. satellites that has recorded human and natural impacts on Earth’s surface for decades was launched into orbit from California on Monday to ensure continued observations in the era of climate change.

Landsat 9 was carried into space aboard a United Launch Alliance Atlas V rocket that lifted off from foggy Vandenberg Space Force Base at 11:12 a.m. The satellite successfully separated from the rocket’s upper stage more than an hour later.

A project of NASA and the U.S. Geological Survey, Landsat 9 will work in tandem with a predecessor, Landsat 8, to extend a nearly 50-year record of land and coastal region observations that began with the launch of the first Landsat in 1972.

Landsat 9 will take the orbital track of Landsat 7, which will be decommissioned.

Landsat 9 carries an imaging sensor that will record visible and other portions of the spectrum. It also has a thermal sensor to measure surface temperatures.

Capturing changes in the planet’s landscape ranging from the growth of cities to the movements of glaciers, the Landsat program is the longest continuous record of Earth observation from space, according to NASA.

Interior Secretary Deb Haaland, who went to Vandenberg to see the launch, said the Landsat program provides “a rich form of data” that helps people’s everyday lives and is vital in dealing with climate change.

“We’re in the thick of the climate crisis right now, we see that every day — drought, wildfires, hurricanes, Hurricane Ida that devastated parts of the South and went all the way up to New England,” Haaland said during a NASA TV interview.