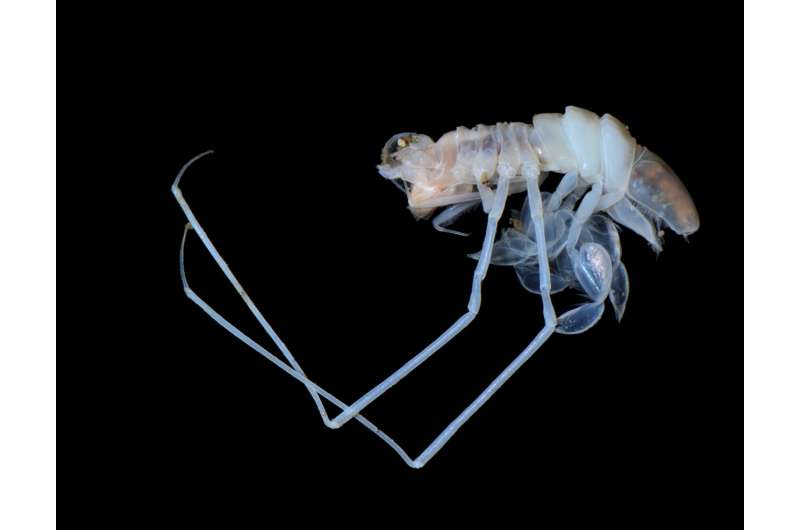 Senckenberg scientists from Frankfurt and Müncheberg, together with a US-American colleague, have modeled the future distribution patterns of marine crustaceans for the years 2050 and 2100. In their study, published in the journal Climatic Change, they conclude that animals living in water depths above 500 meters will move northward as a result of climate change. In contrast, crustaceans found at depths below 500 meters will spread southward in the future. To this end, the team analyzed data from 94 crustacean species assuming two possible scenarios from the Intergovernmental Panel on Climate Change (IPCC) report—an increase in global mean ocean temperature by either one or by 4.8 degrees Celsius by 2100. The study is part of the Beneficial project regarding the biogeography of the Northwest Pacific fauna. The baseline study will help to estimate the extent of invasions of non-native species to the Arctic Ocean under the rapid global climate change.

Crustaceans are one of the most dominant animal groups in both shallow-water and deep-sea communities worldwide. Various studies suggest that crustaceans are shifting their ranges toward the poles or to greater depths as the oceans become warmer. "However, this assumption mainly applies to shallow-water organisms," explains Dr. Marianna Simões of the Senckenberg German Entomological Institute in Müncheberg. "On the other hand, it remains unexplored how global climate change affects the distribution of deep-sea communities and whether there is a difference here compared to the shallow-water fauna—even though the deep sea is the largest ecosystem on Earth."