The Refugees The World Barely Pays Attention To 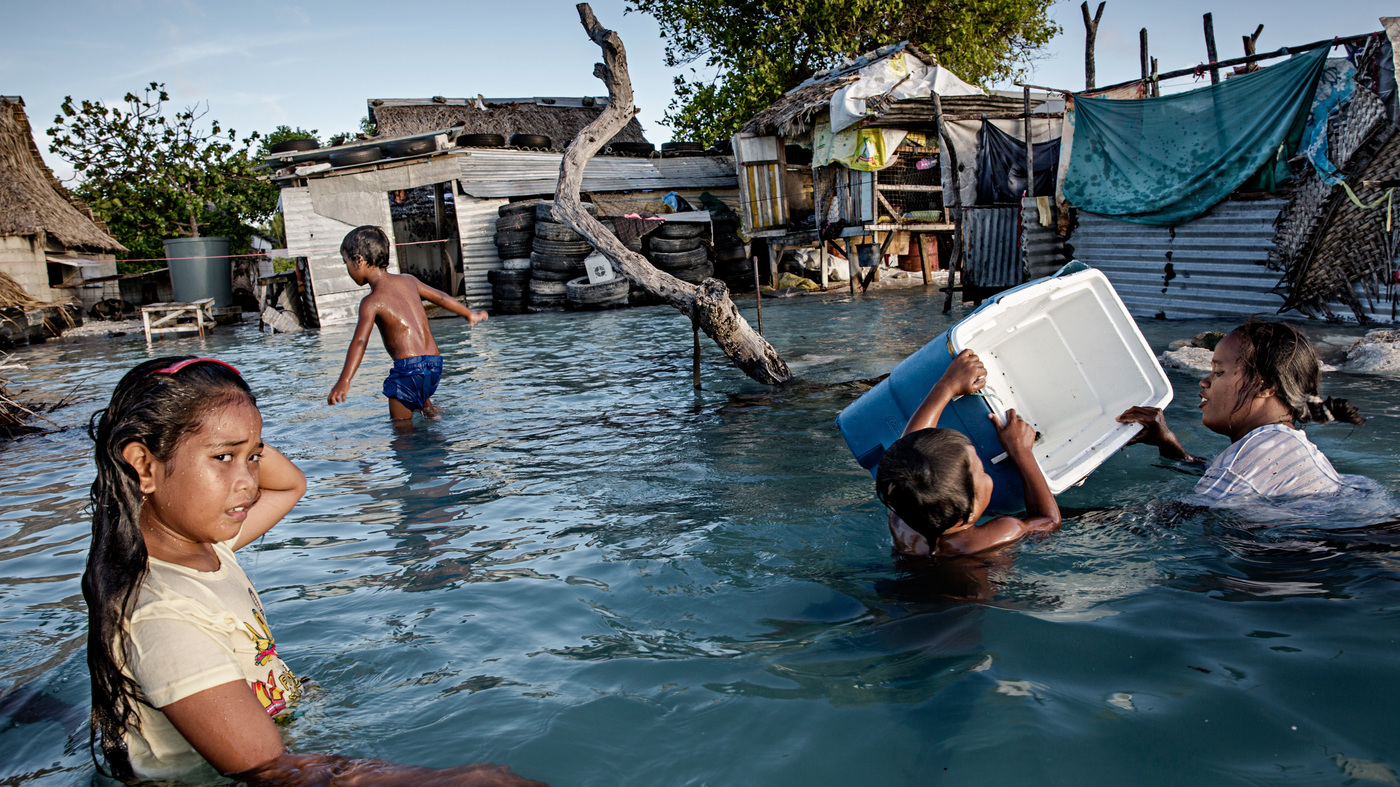 The Refugees The World Barely Pays Attention To

This month, diplomats from around the world met in New York and Geneva to hash out a pair of new global agreements that aim to lay out new guidelines for how countries should deal with an unprecedented surge in the number of displaced people, which has now reached 65.6 million worldwide.

But there's one emerging category that seems to be getting short shrift in the conversation: so-called "climate refugees," who currently lack any formal definition, recognition or protection under international law even as the scope of their predicament becomes more clear.

Since 2008, an average of 24 million people have been displaced by catastrophic weather disasters each year. As climate change worsens storms and droughts, climate scientists and migration experts expect that number to rise.

Meanwhile, climate impacts that unravel over time, like desert expansion and sea level rise, are also forcing people from their homes: A World Bank report in March projects that within three of the most vulnerable regions — sub-Saharan Africa, South Asia and Latin America — 143 million people could be displaced by these impacts by 2050.

In Bangladesh, hundreds of thousands of people are routinely uprooted by coastal flooding, many making a treacherous journey to the slums of the capital, Dhaka. In West Africa, the almost total disappearance of Lake Chad because of desertification has empowered terrorists and forced more than four million people into camps.

It's a problem in the United States as well. An estimated 2,300 Puerto Rican families displaced by Hurricane Maria are still looking for permanent housing, while government officials have spent years working to preemptively relocate more than a dozen small coastal communities in Alaska and Louisiana that are disappearing into the rising sea.